Foundation Movement Biography
On February 27, 2003, the City of Boston declared the day Foundation Day. The City of Boston not only honored the group for their musical talent, but also recognized Foundation Movement for their commitment to the community and for making positive changes in a city with a history of violence, racism, segregation, and political corruption. The Foundation Movement has also been honored by the Urban Music Awards with the award for Best Hip Hop Group, the M.I.C. Hip Hop Awards with the award for Performer of the Year, and the Survivors of Violence with a Community Star Award.Foundation Movement members; Eroc and Optimus are a diverse group of artists with origins from Puerto Rico and Liberia who met in Boston and united to form the group. This cultural fusion, as well as their experiences growing up in Boston, has influenced The Foundation Movement’s music. Not another rap group with watered down lyrics, and messages of misogyny and materialism. They’re committed to addressing issues of injustice and oppression, while also entertaining crowds with hot beats and relevant lyrics.Foundation Movement has performed at local clubs, open mics, college campuses, high schools, and rallies and protests, for crowds of 30 to 30,000. In the short time the group has been together, Foundation Movement has shared the stage with KRS-One, Rakim, Angela Davis, The Last Poets, Noam Chomsky, X-Clan, Dead Prez, The Coup, C.L. Smooth, Pharoahe Monch, Greg Nice, Michael Franti/Spearhead, Saul Williams, Edo.g, Medusa, Howard Zinn, Wise Intelligent/Poor Righteous Teachers, Soulfege, Lee Wilson, Supernatural, Billy Bragg, Mr. LIF and Amiri Baraka.

The Foundation Movement was the only international group invited to perform with the Cuban Hip-Hop All-stars at the closing of the 9th Annual Hip-Hop Festival and Conference in Cuba for a crowd of over 20,000. Internationally, Foundation Movement has also performed in Canada, Europe, Bahamas, Japan, South Africa, Mozambique, Zimbabwe, Tanzania, Zanzibar, Kenya, Israel and Palestine.

Chosen as Boston’s Best Hip Hop Act in the Improper Bostonian’s Best of Boston Issue, the Foundation Movement continues to be one of Bostons top Hip-Hop acts, with songs crafted with creativity and balance. 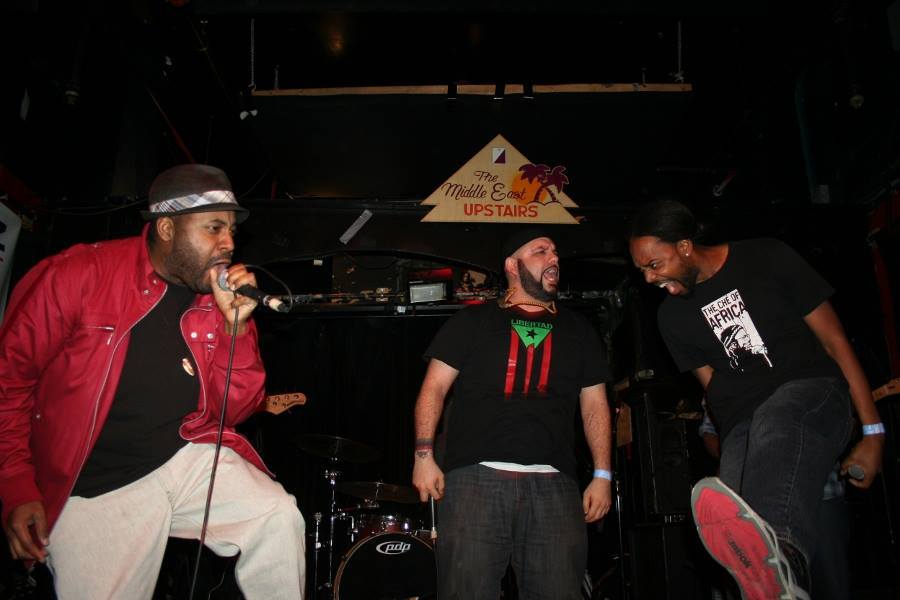